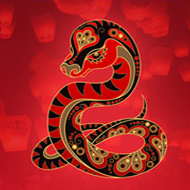 It's the Year of the Snake!

How do people celebrate?

Ahead of the celebrations, people thoroughly clean their house to sweep away any ill-fortune and make way for good luck to come in. They will also decorate their windows and doors in red and gold with messages of good fortune, happiness and prosperity. The Eve of Chinese New Year is celebrated with a feast, known as the reunion dinner, of meat such as pork, duck and chicken followed by entertainment, such as firecrackers, to end the night.

On the first day of the New Year itself, the emphasis is around family. People will go to visit their relatives, and children are given red packets which contain money. The colour red is very important as this symbolises luck and wealth. 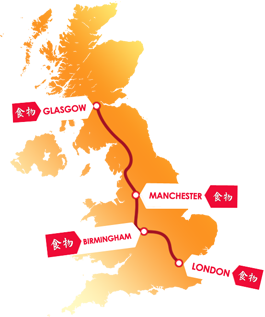 The Amoy Food van will be touring the UK, visiting four major city centres, in the build-up to the Chinese New Year celebrations. Why not come along on the day – as well as sampling some Amoy cuisine, cooked by specialist chefs, there will be money off coupons and recipe ideas to try at home: